The Cinderella church of Hartley Mauditt, close to Selborne, stands completely alone by the side of the road and opposite a large pond. The church itself was built between 1150 -1200 and has the original plain Norman chancel arch and two plain windows in the nave. It is a simple church but it alludes to an interesting history. 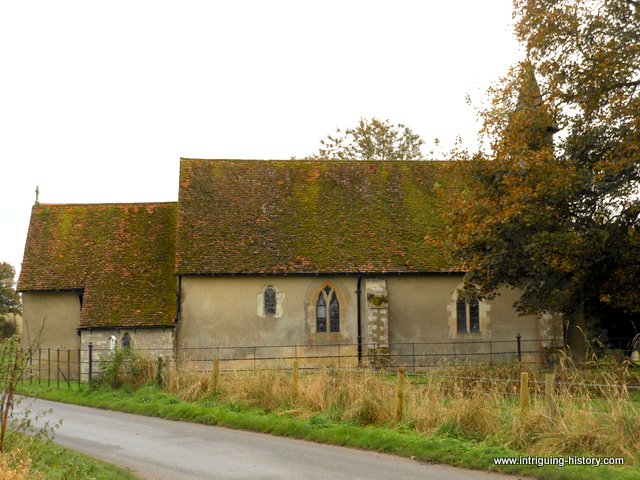 The church at Hartley Mauditt

A feature of the chancel is the series of memorials to the Stuart family, whose Manor House used to stand next to the church before it was demolished. Local tradition says that the lord of the manor, Nicholas Stuart, defended the house during the English Civil War. Roundheads who were fighting around the nearby town of Alton against a troop of Roundheads, came and destroyed it. Whether this is true or not, after the Restoration of Charles II as monarch, Nicholas Stuart received his lands back and became the first Baronet of Hartley Mauditt. This suggests that the story is true and for his loyalty the King restored his land to him. He returned and rebuilt the house.

The Stowell family and Hartley Mauditt

The Stuarts continued to hold the property for several generations until it passed into the hands of the Stowell family. Another local story, tells us about Lord Stowell, who loved town and city life but his country loving wife, much preferred to live in the country at Hartley Mauditt. In a peevish fit, it is said, he pulled down the house to prevent her living there. Whatever the truth, its staircase found its way to Alton council offices, floor tiles turned up in the floors at Colmore Rectory and it is thought that the round tower, attached to a nearby cottage was also once part of this old building. 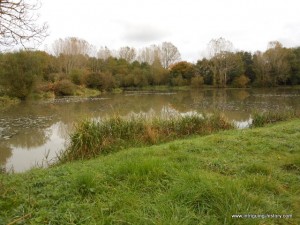 Apparently remnants of its cellars remain, wooded over and stories of a passage way, linking the house to Selborne Priory. Many local tales abound of hauntings. The lady of the house, coach and horses have been seen many times, passing close to the church, as well as sounds of music from the often empty church, adding to the other worldliness of this place.

The name of the origin of the settlement is disputed, the family who originally held title over the lands were thought to be French and called ‘Maldnott’. The village that lay close to the church long abandoned, although the outline of buildings can be seen at certain times of the year. A large village pond remains to remind us that the truth  about the church and the land around it,  remains a mystery….

Go inside the church of St Lawrence to see a Hampshire churches treasure hidden inside.