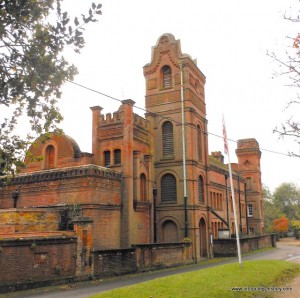 In the village of Farringdon Hampshire, there is a remarkable structure known as Massey’s Folly. This brick building was built by a former rector of Farringdon Thomas Hackett Massey who was incumbent from 1857 to 1919 and during that time took it upon himself to rebuild both chancel and rectory and then to top it all, build on a site opposite the church.

Massey himself built the building, aided only by a carpenter, bricklayer and labourer. It must have been a labour of love, for it took him thirty years to complete and when finished in 1910, stood empty for fifteen years, its purpose uncertain.

Eventually life was breathed back into the building when it was used as the village school and hall. 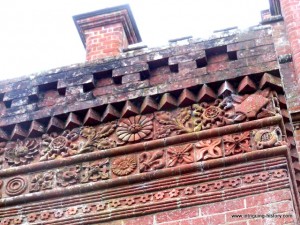 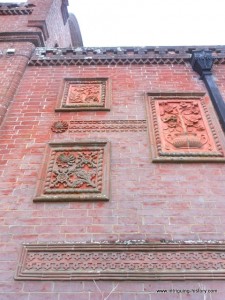 The carved brickwork is quite beautiful but alas is in need of restoration, so that Massey’s Folly is a folly no longer but can serve the village in some way that would surely please its creator, Thomas Massey.