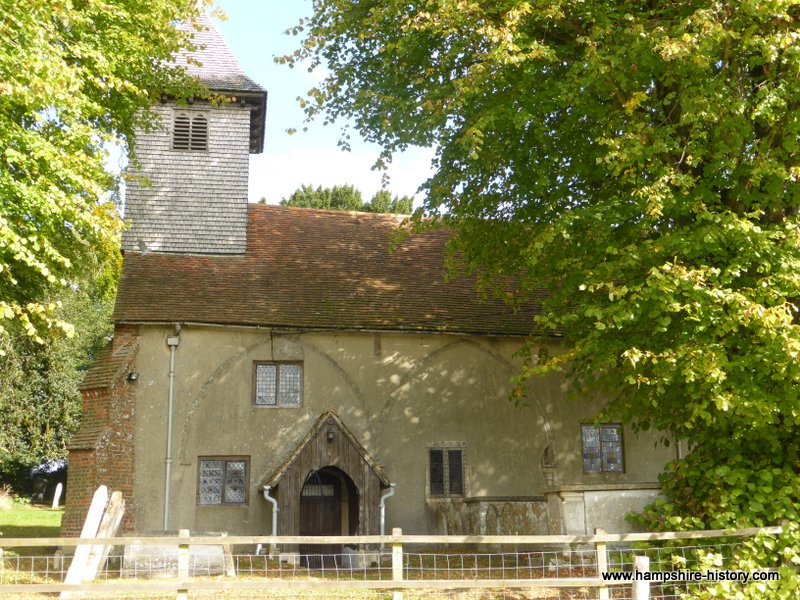 It would be easy to skirt around the town of Andover and not know the hamlet of Knights Enham existed or to see no purpose in going there but that would be a mistake. Turn down an ancient farm track and the farm spreads out ahead of you. The church of St Michael and All Angels looks as much a part of the landscape as the trees that surround it. Little can have changed here since an early Saxon church was built possibly in the reign of King Edred 946AD – 955AD. 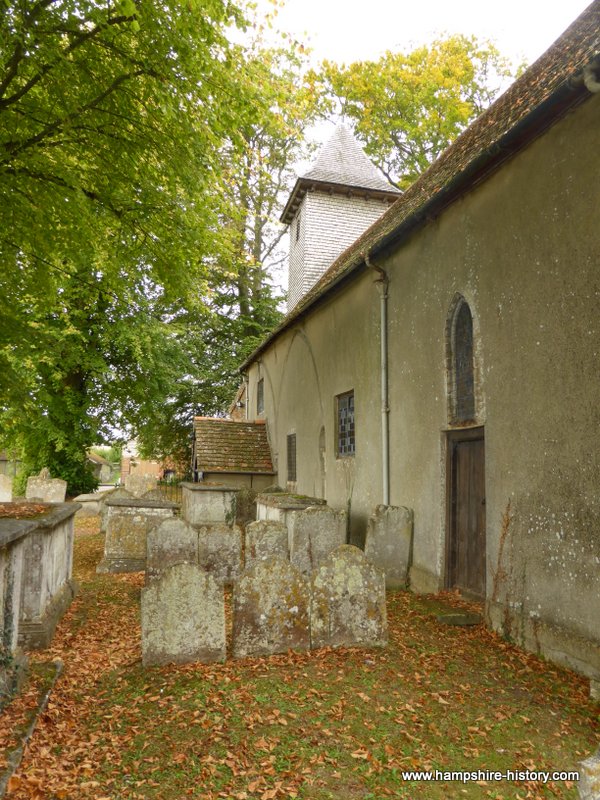 In simple terms, a royal estate in Saxon times was a landholding controlled from a central place, with possibly a minster church and functional building. The land was used for agriculture and hunting and money raised from these activities. King Edred established a hunting lodge in Andover and his son King Edgar convened a Witenagemot at Andover or close by, it is not precisely certain where in the neighbourhood it was gathered. This was similar to a convening of parliament. His successor, King Edgar presided over the Witenagemot, with a council of his advisers, which led to the issue of a law code.  In 994 Olaf Tryggavson was confirmed by the Bishop of Winchester in the church of Andover with King Ethelred as his sponsor. This act completed a treaty with Olaf that ended a period of Norse attacks.

In 1008 King Ethelred the Unready also held an important meeting, this at Enham, which became known as Kings Enham and now Knights Enham. Here the king met with his archbishops and they discussed the problems of the day including the continuing  Viking invasions but more importantly it was a discussion about Kingship and the role of the Christian church in England. It resulted in the king stating that he would uphold Christianity and just kingship.

In the nearby village of Charlton remains of Saxon dwellings and pottery have been found. Further west close by the ancient Portway track, two Saxon cemeteries have been excavated.

In the middle ages the manor belonged to the Knights Templar, hence the name Knights Enham derived from an earlier name, ‘Enham Militis’ meaning ‘soldiers Enham’. They probably used the church as a stopping off point on their way to the Crusade. The vestry doorway from this period, shows holes in either side of the doorway in which a bar could be placed to prevent anyone breaking into the church.

Vestry door showing bar holes from the time when the Knights Templars held the manor.