Hampshire is the home of cricket and many of the games characters and heroes lived in the county. One such was John Small, described as one of the greatest cricketers of all time, not only was he a great batsman, using the modern straight bat but he had great influence in determining the laws of the game. He was involved in the decision to add a middle stump to the wicket and to set a maximum width to the bat.  He was one of the most famous players of the Hambledon Cricket Club and scored the earliest known first class century in 1768, when Hambledon played Kent. 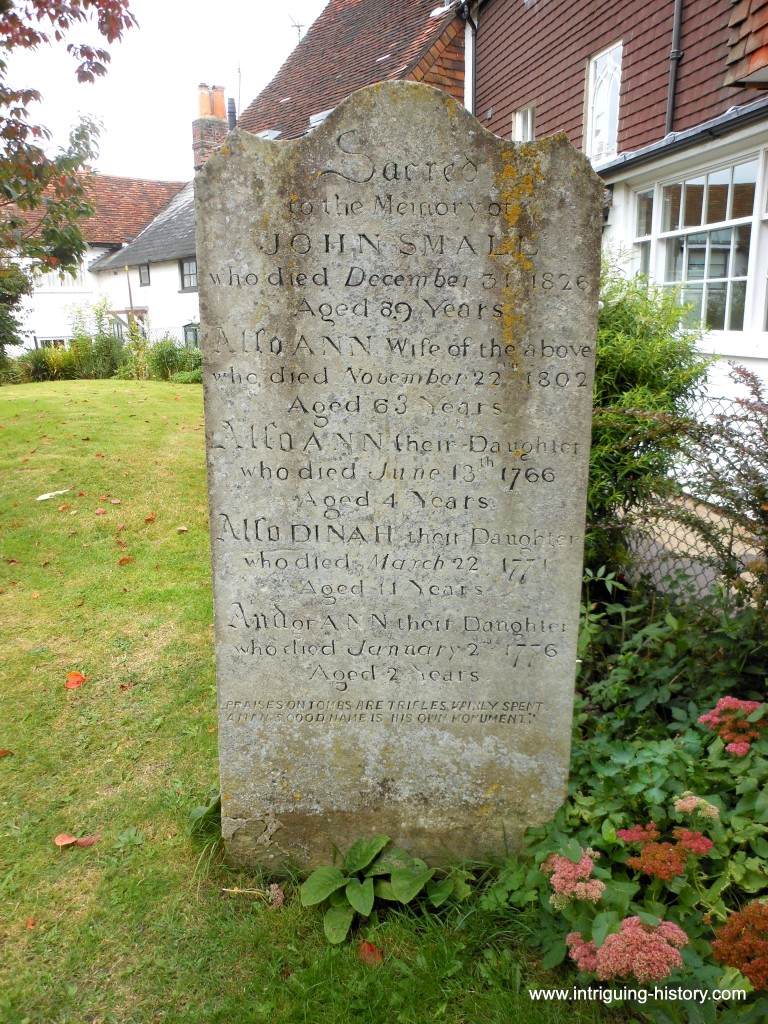 So who was this man John Small?

At some point when he was a child, the family moved to Petersfield, a market town close by. He worked as first a cobbler and then a draper and married Anne Smith at Greatham in 1761. They had a number of children, sadly three of their daughters, died at a young age, as shown on John Small’s headstone, which can be found just inside the churchyard for St Peters Church Petersfield but he appears to have been a man of many talents. He was playing for Hambledon in 1764, as his name is recorded on the scorecard. He would have been twenty seven years old by then and married, so it is very likely he had started playing cricket before that.

He became, possibly, Hambledon’s most talented player. He was also a gifted violinist and for most of his life, played for the town choir. He became a draper, his shop fronting the Square in Petersfield and it is also from here that he and his son John, also a notable cricketer made and sold bats and balls. Another son Eli, was also a first class cricketer and his wife Anne attended the matches, home and away. What a family! 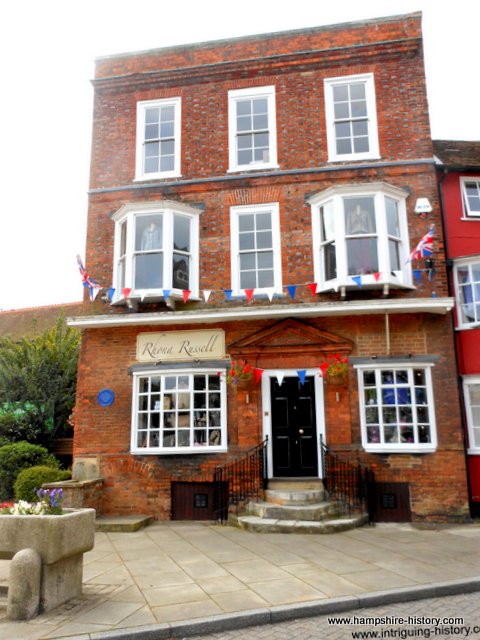 The two Johns, father and son, played cricket together, made bats and balls and ran a drapers shop. Outside the shop stood this notice:

Wishes it to be known to all

That he doth make both bat and ball

And will play any man in England

For Five Pounds a side’

John Small is just one of Hampshire’s intriguing characters that became synonymous with the game of cricket. Find out more about John Small’s cricketing career and compare it to other cricketers of the day and since.