Study to Be Quiet, this was Izaak Walton’s favourite Bible text, captured perfectly in the window at Winchester Cathedral

Izzak Walton was not born in Hampshire, nor did he spend a huge amount of his working life here. He was born in Staffordshire in 1594, at one time an ironmonger, he married two women who would bring him into close contact with the clergy and men who were writers, thinkers and much else. He became a great friend of John Donne, cleric, poet, satirist and lawyer. His life was split between London and Staffordshire, where he lived on land with a stream running through it. He became obsessed with fishing and when he was not fishing, writing and reading. 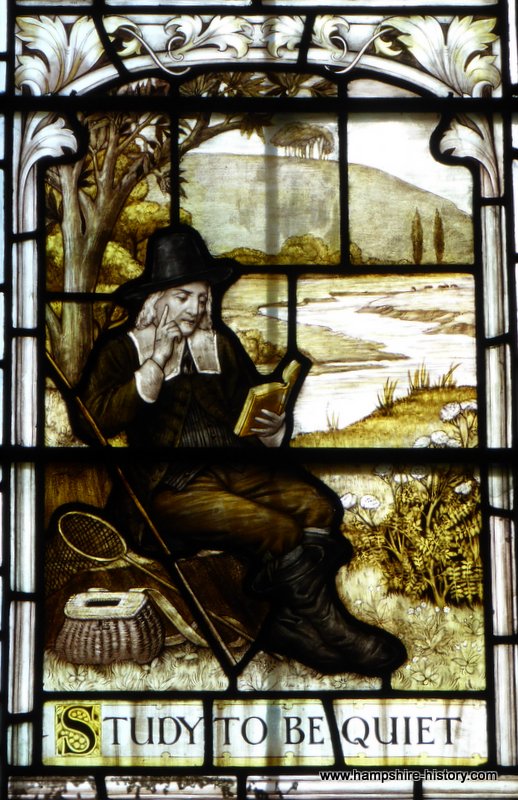 Izaak Walton sitting by the River Itchen with St Catherine’s Hill behind.

Izaak Walton sought to capture his love of fishing by writing a book, ‘The Complete Angler’, which he published in 1653. He wrote of his passion for the sport through prose and verse. He added to the book throughout the rest of his life, as well as writing short biographies on the lives of men around him.

The book continues to be printed, indeed it’s the most frequently reprinted book in the English language after the Bible, its languid prose suiting the art of the fly fisherman, about which Walton purported to know little.

What he did know about it seems was how to take his time to observe, enjoy and share the natural world around him, he is quoted as saying 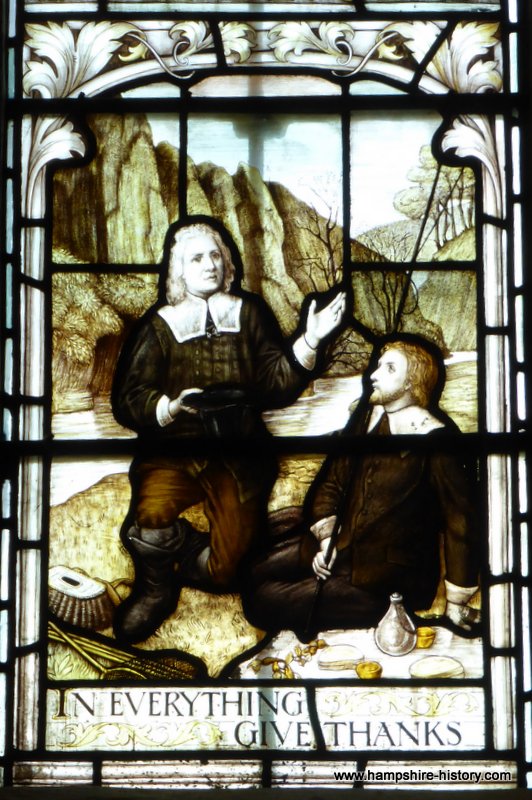 Izaak Walton shown fishing near his home in Dovedale

So how did Izaak Walton come to Hampshire?

He became steward to Bishop Morley in Worcester and when he was appointed to Winchester in 1660, Walton came with him. His son in law was Dr Hawkins a canon of Winchester Cathedral. How he must have enjoyed living in amongst the finest chalk streams in the whole world. He lived out his last years just off the Close, in Dome Alley. 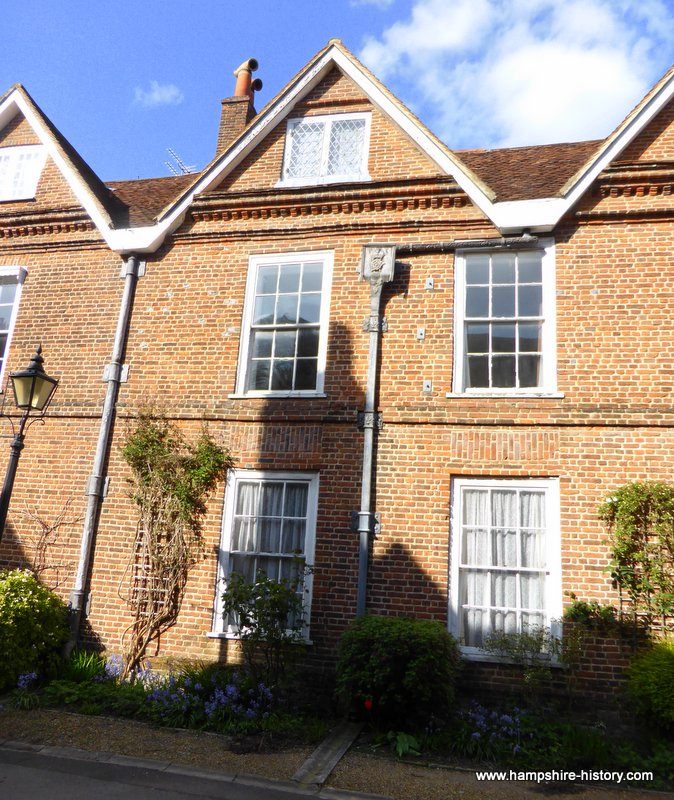 Dome Alley home of Izaak Walton in his final years

Buried in the Cathedral

Izaak Walton was buried in the Silkstede Chapel, his memorial lying on the floor and he is commemorated with a beautiful stained glass window, given in 1914 by the fishermen of England and America. Its placing there, just before the outbreak of WWI is somehow poignant with its messages of peace and quiet. 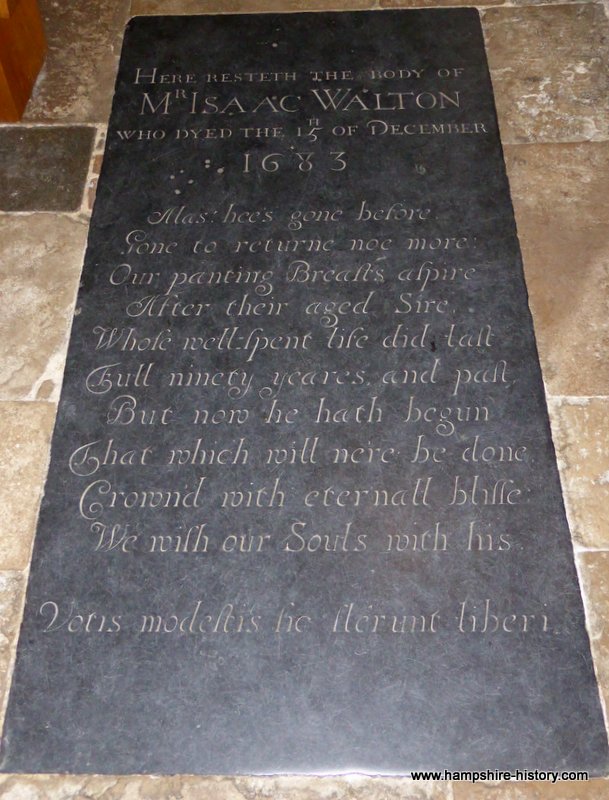