One of Eton College’s most well known headmasters was Dr John Keate. He was born in 1773 in Wells in Somerset and attended Eton College himself and then went to King’s College Cambridge. His return to Eton in about 1809 as assistant headmaster and then headmaster was to have a great impact on the College, he left in 1834, having been headmaster there for 24 years. 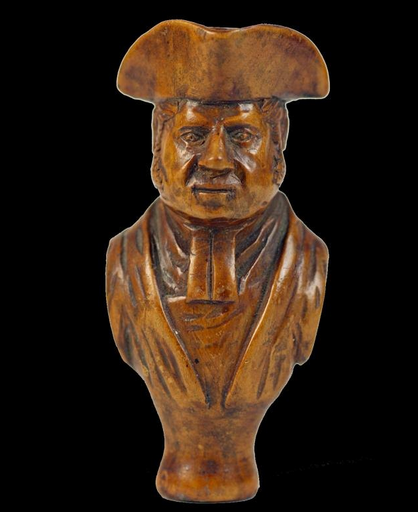 He returned to the College when discipline was lax, his intention was to raise standards through discipline and reform. He took it upon himself to teach all the older boys. Though small in stature, his personality loomed large. He wanted to instill respect and discipline in the young men in his charge. He himself was a fine orator and taught the boys to be confident, eloquent speakers, capable of delivering impassioned but controlled orations. Many of those at Eton went on to become Members of Parliament and it could be that his training improved debate in the House of Commons. Certainly both Derby and Gladstone, both his pupils went on to become Prime Ministers and fine speakers.

He carried a cane and meted out discipline, appearing a draconian master but although his manner in handing out punishment was harsh, he was genuinely fond of the young men he tutored and he genuinely cared about his charges. He invited them to share supper and improved their living conditions by constructing new buildings with single rooms for the scholars. He was a marvelous teacher who saw the need to broaden the curriculum for the boys in his charge. He taught them about the greater society, about politics and law but always , always, self discipline and respect. 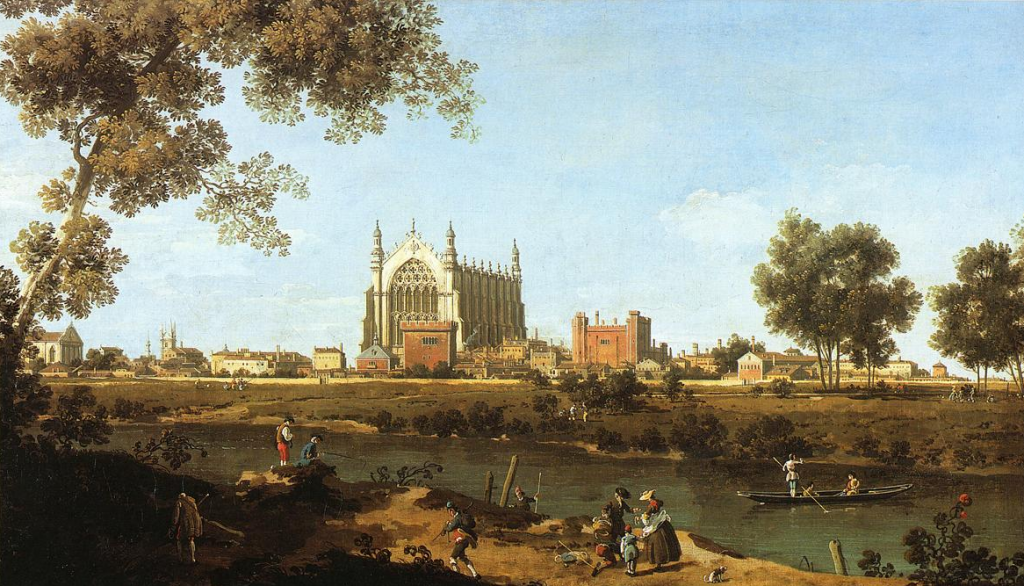 The Chapel of Eton College Canaletto

Dr Keate founded the Eton college Debating Society in 1811. In true style, it met in Mrs Hattons confectionary shop close by to the college and became known as the Pop Society, derived from the Latin ‘Popina’ meaning ‘cook shop’. It later became a society for athletes rather than intellectuals, eventually becoming responsible for discipline in the school, a function ‘pop’ has retained to this day. It was this idea of self governing that created leaders out of the Eton community and has over the years turned out several of our Prime Ministers, David Cameron amongst them.

The Battle of Waterloo was fought in June 1815

This often quoted saying was said to have been uttered by the Duke of Wellington in 1856, when visiting Eton and was recorded thus;

“It is here that the Battle of Waterloo was won”

In his book The Lion and the Unicorn (1941), the novelist George Orwell wrote:

‘Probably the battle of Waterloo was won on the playing-fields of Eton, but the opening battles of all subsequent wars have been lost there.’

Certainly many of the incredibly brave young officers of the Guards fought with Wellington and after the victory of the Allies in 1815, Dr Keate was in Paris and seen to let down his austere persona, to eat ices on the boulevards and dine with his former pupils. He must have been intensely proud of them. 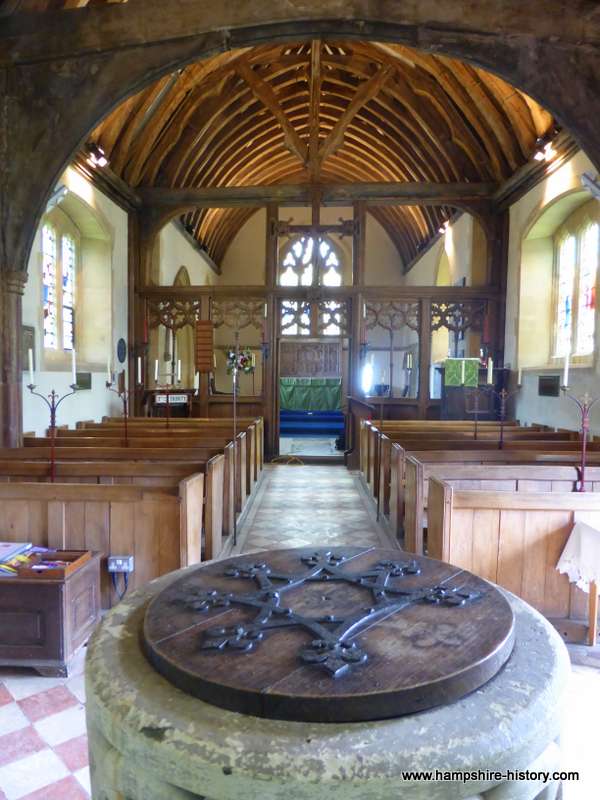 Alexander Kinglake, travel writer and historian, was at Eton College during the time Dr Keate was headmaster and he described him thus;

‘He was little more (if more at all) than 5 feet in height and was not very great in girth, but within this space was concentrated the pluck of ten battalions. You could not put him out of humour, that is out of the ill humour which he thought to be fitting for a Head Master. His red, shaggy eyebrows were so prominent that he habitually used them as arms and hands for the purpose of pointing out any object towards which he wished to direct attention. He wore a fancy dress, partly resembling the costume of Napoleon, partly that of a widow woman.’

Where in Hampshire is Dr Keate buried?

His tomb lies in the church of Hartley Wespall, where, he served as Rector for a further 24 years, dying on 5th March 1852. 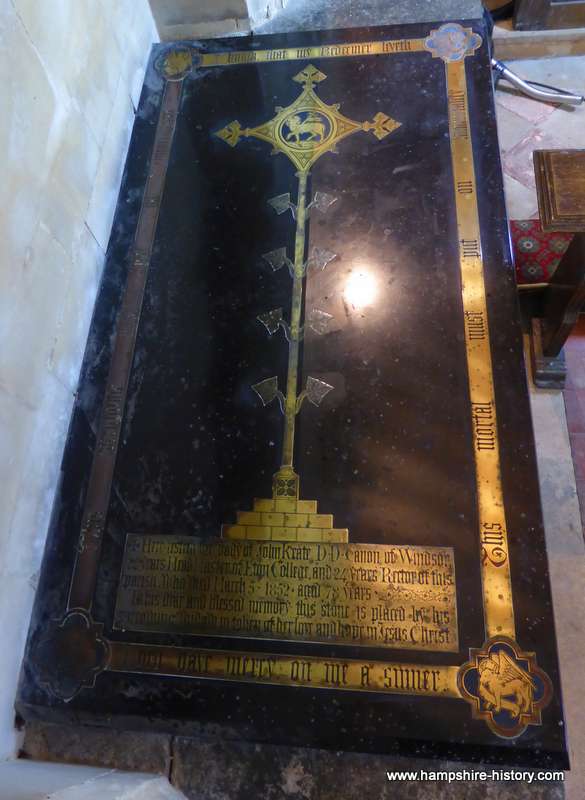 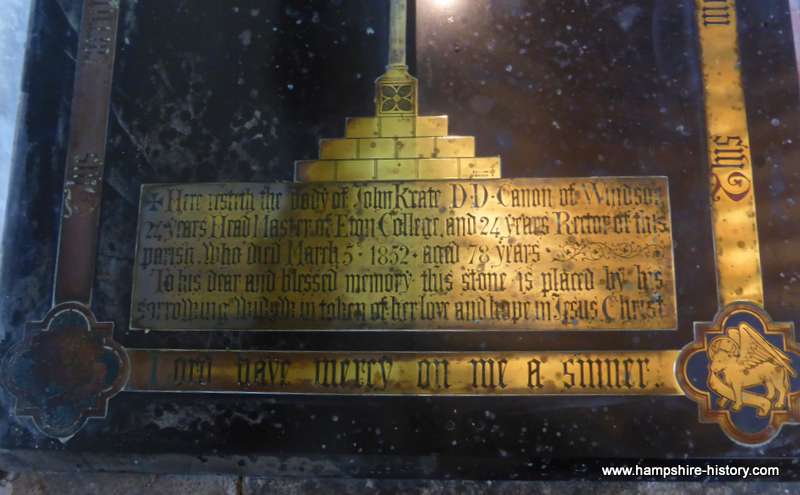