In the church of St John the Evangelist Northington, is the wooden cross of Guy Victor Baring, who lost his life in WWI

Guy Victor Baring was the son of the fourth Lord Ashburton and MP for Winchester from 1906 – 1916. He was a Lieutenant Colonel in the Cold Stream Guards and lost his life on the 15th September 1916 and is buried in Fricourt France. His family collected the cross and returned it to the beloved home of his childhood. It is one of the most simple of monuments but in its simplicity, a poignant reminder of a son lost to a family that loved him. 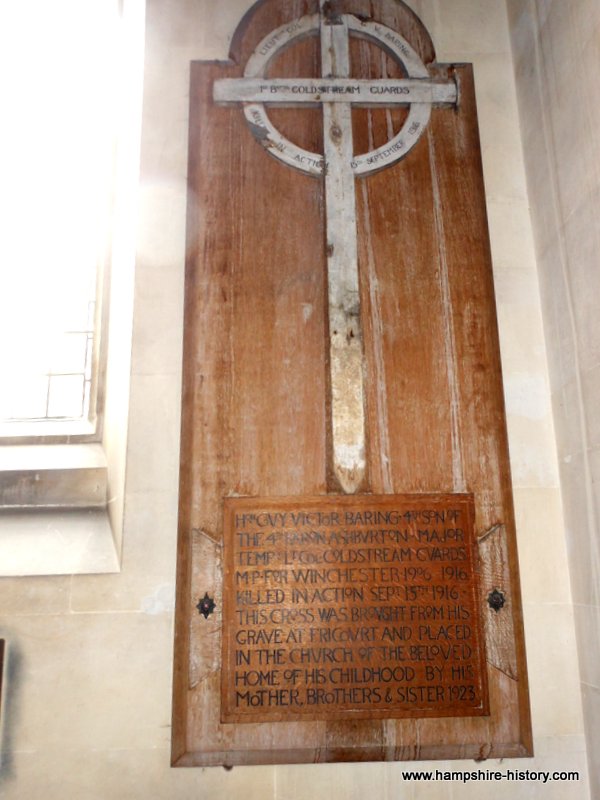 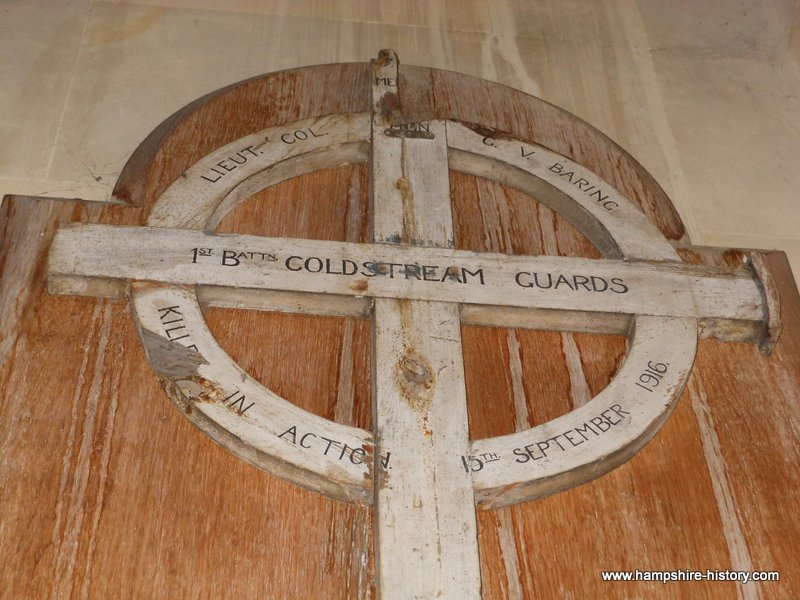 The memorial is just one in the series of Hampshire memorials that we will be gathering over the next few years, so keep checking back.

The Imperial War Museum WWI project is an excellent starting place to find out more about the history of World War I.