May 24, 2015 / HLB / Comments Off on The Story of William Johnson Powder Monkey
This entry is part 1 of 1 in the series Hampshire Navy
Hampshire Navy

William Johnson was once a powder monkey in the Royal Navy 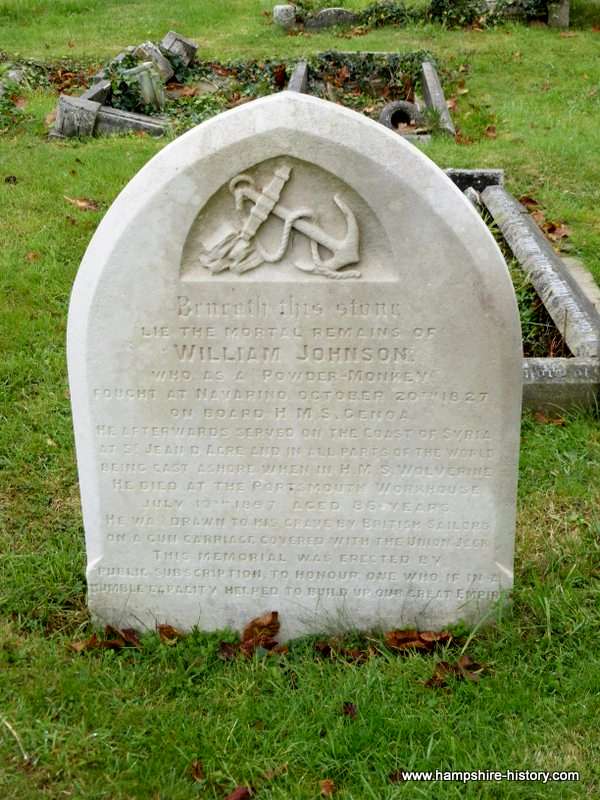 He was drawn to his burial by British sailors on a gun carriage covered with the Union Jack and a memorial placed at the site of his grave by public subscription.

That memorial tells us some of his history but we thought it might be interesting to find out some more about William Johnson and ask if others know anything about him.

The parish registers for Portsmouth record the baptism of William John Johnson on the 24th June 1812 at Portsea to parents, James and Charlotte Johnson. Now this may be a stab in the dark and William might have blown into Hampshire from a different part of the world but somehow he seems to be Portsmouth chap.

William was a powder monkey

William put to sea as a boy in the age of sail.  The role of the powder monkey, as they were called was to ferry gunpowder from the depths of the ship’s hold to the artillery pieces. The gunpowder was carried either in bulk or cartridges and the aim was to bring it up carefully to reduce the risk to of fires and explosions.

Young boys aged 12 to 14 years of age were chosen for the task. Strong enough but slight enough to move quickly and easily between the decks. Space was limited and they could catch themselves up in a corner or in the gunwhale, get out of the way when necessary and avoid getting shot by the enemy. A good powder monkey was worth keeping and as long as the man stayed fit and nimble he might be kept on in the occupation.

The Battle of Navarine was a decisive naval engagement, in the war for Greek Independence from Turkey. The British were part of a Russian, French and British combined fleet of 11 ships of the line, 9 frigates and 4 small ships sent to aid the Greeks. Their role was to intercept the Turkish supplies but on the 20th October 1827, when the Allied fleet entered the harbour of the Bay of Navarine to confront the Turkish fleet a battle ensued.  The wooden sailing ships fought hard but the Europeans had the superior guns and routed the Turks. Although no European ships were sunk, HMS Genoa suffered heavy losses, heavier than any other of the fleet. Young William Johnson was just fourteen or fifteen years old at the time.  The Turkish defeat by the fleet was so complete that within ten months they began to evacuate Greece, which eventually led to an independent Greece in 1832. 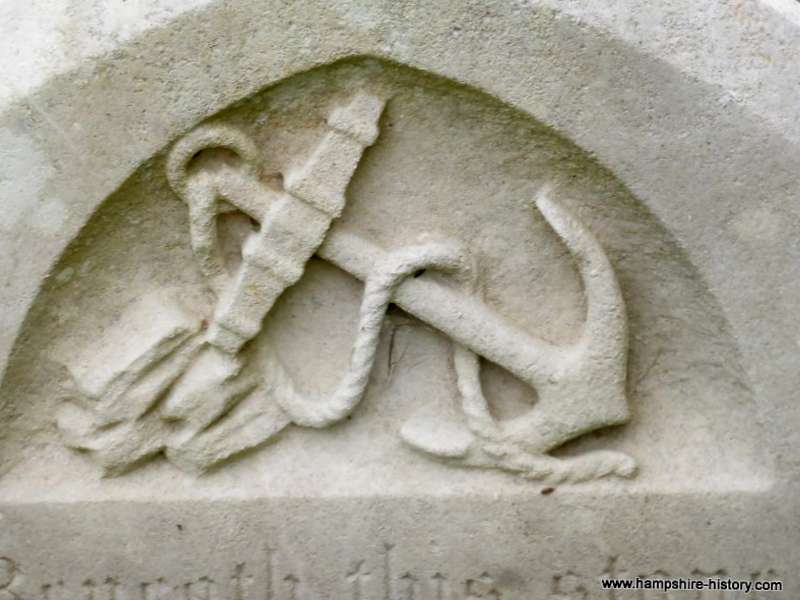 The Grave of William Johnson payed for by public subscription

The ship was badly damaged in the battle and put in November  1827, put in at Malta, for repair following battle, under the command of Captain Charles Leonard Irby. On the 17th November the ship was fit to sail and on 14th December she arrived back in Plymouth.

“she is in a very shattered condition, and is under jury rig, her mizzen being a mere spar”

On the 21st  January 1828, the ship was paid off. We know William found another ship because his headstone tells us he served off the coast of Syria and St Jean Acre, in what is now Israel.

William was cast ashore when onboard HMS Wolverine

The headstone offers up this snippet into the life of William Johnson. We do not know how long William was onboard the Wolverine but by clicking on the link above you can read some of her fascinating history.

She was a brig sloop of 16 cannons, built in 1836 in Chatham and was lost on the 11th August 1855 off Courtown Bank Ireland, was this when William was cast ashore?

We find him on the 1861 Census on HMS Hannibal

William was back in the Mediterranean onboard HMS Hannibal, an Able Seaman. HMS Hannibal was the flagship of Rear Admiral George Rodney Mundy and  was off Naples during the Italian Revolution. A book was written about the period by  Mundy and can be read here. 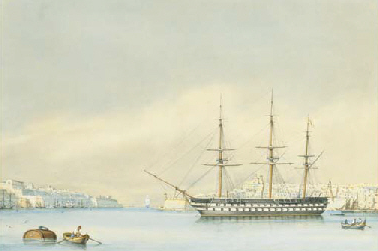 On the 1881 Census, William is in Portsea Workhouse

It is sad to see him in the workhouse, aged 68 years a former seaman of the Royal Navy, unmarried. He had given his life to the Navy and yet here he was, a pauper in the union workhouse. Ten years later, in the 1891 Census, William is still in the workhouse, he has been here at least ten years and will die here in 1897. Sadly there is a possibility that he entered the workhouse in 1871, where a William Johnson has been brought in as a vagrant, a hawker.

It all points to a sad end to William Johnson, who worked his young life in the Royal Navy, only to find that the last quarter of his life will be spent serving the workhouse. Thankfully someone else saw the irony and sadness in this and when he died, dignified his life by placing his coffin on a gun carriage covered with a Union Jack and drawn by seamen. If only he could have been alive to see it.

The cemetery is cared for by the excellent Friends of Highlands Rd Cemetery, visit their website.