The incredible engineers, the Brunels, father and son are in-extrinsically linked to Portsmouth through deed and birth

Marc Isambard Brunel was a frenchman who fled the French Revolution and in 1793, fled to America and became chief engineer of New York City.  By 1799 he had married Sophia Kingdom and they had three children, Sophia, Emma and Isambard, who would become the mighty Isambard Kingdom Brunel one of the Industrial Revolutions great engineering architects. 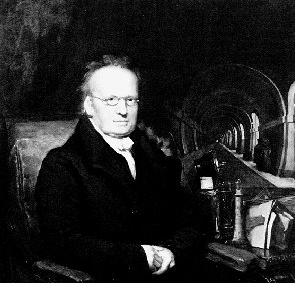 By the middle of the C18th, the Royal Navy had become one of the greatest industrial power houses in the western world.

When we think of the Industrial Revolution we think of the north of England, the great mills and machinery that evolved from the textile manufacturing processes but it is in the south of England, in the massive dockyards of Portsmouth that great industrial strides were being made as well. With war against a Revolutionary France imminent, it was vital that the Royal Navy fleet was as efficient and up to date as possible and the Admiralty began a programme of modernisation. 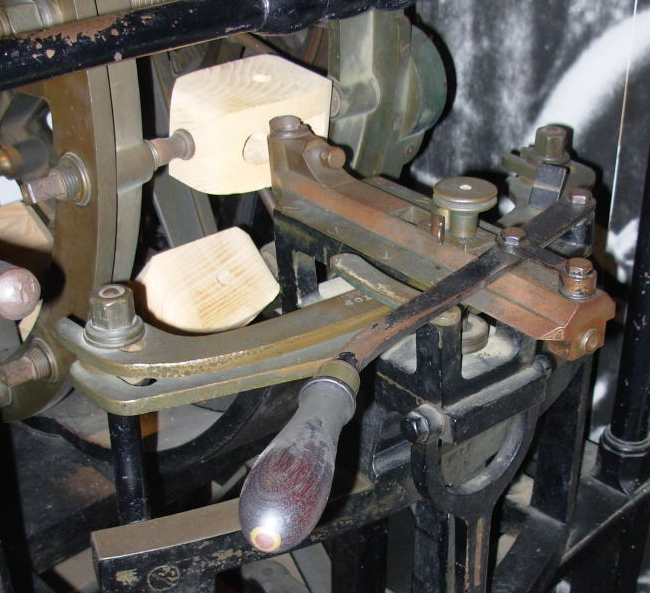 The Royal Navy in the C18th, used vast numbers of wooden pulley blocks and the ability to hand make the blocks at the rate the Navy needed them was becoming impossible . Moreover, the quality was inconsistent and the constancy of supply a major issue. Every year the Navy wanted 100,000 blocks made of various sizes and they wanted them made cheaply. Handmade blocks were expensive. Several attempts were made to mechanize the block making system but ironically, it was a the Frenchman Marc Brunel, who, in 1802, proposed to the Admiralty they use his own patented block making machine. They accepted his proposal and the Portsmouth Dockyard block mills were built.

The block mills are incredibly important in terms of the Industrial Revolution. They started the age of mass production using engineered metal tools and they harnessed the power of the steam engine.

There were three series of block-making machines, each designed to make a range of block sizes. They were connected to allow a flow of production. Over time the machines and the mill buildings were modified but by 1808 they were fully functioning and produced 130,000 blocks of various sizes.

It is an incredible thing to think about, there were no tools to make these machines each part had to be crafted by hand, nor were they any standards for things such as screw gauge, so in all an amazing achievement. 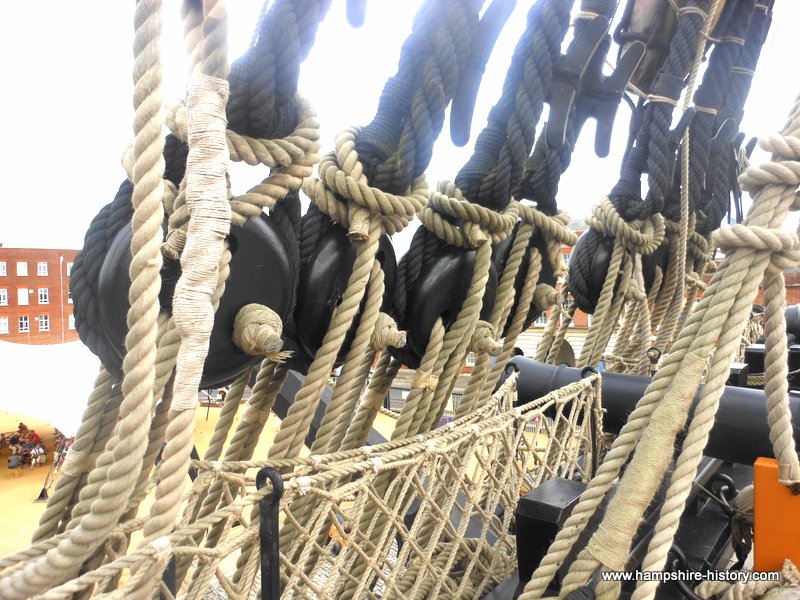 What Marc Brunel did next

He set up a number of manufacturing mills, not all of them successful but he continued to design. In 1821, due to poor financial management, he was imprisoned for debt but was released after his friends obtained a government grant for his work.

His son Isambard Kingdom Brunel had been born in Britain Street Portsmouth on 9 April 1806, who after an education in England and France, returned home to work with his father. In 1824, Marc Brunel  was appointed Engineer to the Thames Tunnel Company. Work on the project began in 1825 and Isambard Kingdom Brunel assisted his father. In January 1827 he was formally appointed Resident Engineer, in charge of day to day work. The work was complex and fraught with problems but was eventually opened in 1843. Marc Brunel was knighted in 1841 for the remarkable achievement of this piece of engineering.

Portsmouth memorials exist to Isambard Kingdom Brunel but is there one for Marc Brunel? 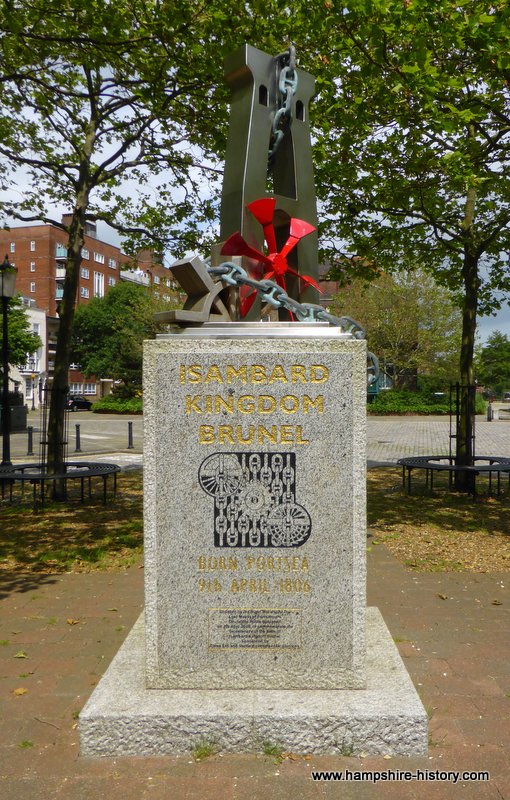