The Lancaster Period in Hampshire History

The period known as the House of Lancaster dated from 1399 to 1471 and was one of England's most turbulent. The C15th political system was one that focused on ‘personal kingship’, that is, the individual role of the monarch and his relationships with leading noblemen within the kingdom. It was the ideology of the time that saw the King born to the role through hereditary right and as these kings arrived for coronation so the ceremony emphasized that he was chosen by God This was an incredibly powerful position, no wonder this period saw such potent struggles for the right, the God given right to rule.

So what happened to destabilize the monarchy during this period?

The first was that in 1399, the throne had been seized by force by Henry Bolingbroke who became King Henry IV. The unpopular king, King Richard II was deposed by a noble man thus overturning the rule given by God. This was an incredibly destabilizing action. By the 1450s it became increasingly clear that Bolingbroke’s grandson, Henry VI, was mentally unstable and not able to make decisions and the door was thrown wide open to chaos.The civil war that followed, usually described as the Wars of the Roses, The result of this conflict was to have far reaching historic significance not least as it ended with the Tudor dynasty ascending to the throne.

Far south from the traditional lands of these supporters of the War of the Roses, it may seem unlikely that there would be many direct connections to the seat of this seemingly remote and troubled crown but the history of Hampshire rarely disappoints.

The Southampton Plot of 1415 was a conspiracy against King Henry V.
This king is remembered for his military victories in France during the Hundred Years War and he is seen by many as a military strategist. He used Southampton as a military centre and gathered troops here before the Battle of Agincourt.

The first two years of his reign, however, showed resurgence in anti-Lancastrian sentiment, which culminated in 1415 with the
‘Southampton Plot’ that aimed to kill Henry V and replace him on the throne with Edmund Mortimer, the earl of March. The plot failed.

Various places in Hampshire including Michelmersh and Kings Somborne were thought to be places where the King's men camped and practiced their archery prior to the Battle.

Warblington Castle down on the coast of Hampshire was in the C15th owned by the 16th Earl of Warwick, Richard Neville, famously known as the King Maker for his role in the War of the Roses. After his death, the property passed into the hands of the 17th Earl of Warwick, Edward Plantagenet, who was subsequently executed by King Henry VII following the latter’s victory at Bosworth Field, after which the Manor was confiscated by the Crown. Imagine the history contained within that property. 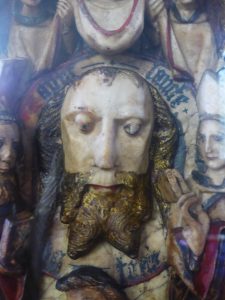 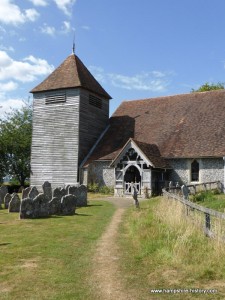 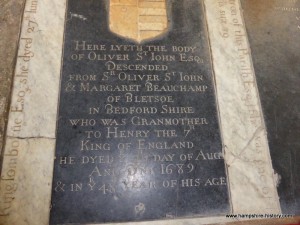 Margaret Beauchamp, who became Margaret Beaufort, was grandmother to King Henry VII and two hundred years after her death is remembered in a Hampshire church in Farley Chamberlayne.
Read More → 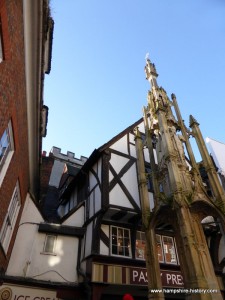 The Butter Cross of Winchester

The Butter Cross of Winchester which stands in the High St, dates from the C15th but could have replaced an earlier Anglo Saxon or Norman preaching cross.
Read More → 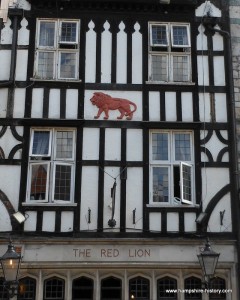 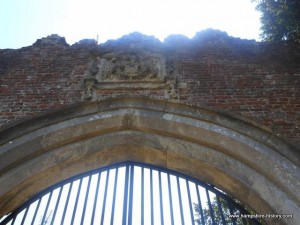 Basing House Before the Civil War

Basing House is a marvelous ruin, filled with five hundred years of history and intrigue, its history prior to the English Civil War is as fascinating as what followed.
Read More →