House of Wessex in Hampshire's History

The period known as the House of Wessex emerged out of period when England was caught up in a series of internal wars as regions of the country struggled to achieve political power. Mercia was the strongest kingdom but when King Offa died in 796 then Wessex emerged as the leading kingdom and it was Wessex that eventually defeated the Vikings. Hampshire emerged as one of the shires of Wessex and took it's name at some point before A.D 750 'Hamtun-scire'. Winchester became it's centre and under the rule of that Wessex king, King Alfred the Great, whose ruling influence is still apparent today so Winchester became the capital of England and Southampton the most significant port outside of London.

This period from the beginning of the 9th century to the Norman invasion (with the slight hiccup of the Danish kings) put Wessex and Hampshire right at the heart of power and politics in England.

Egbert was King of Wessex from 802 - 839. When the King of Northumbria submitted to him in 829 he was given the title Bretwalda, ruler of Britain and so it was that the dynasty set to rule Wessex, including the area of Hampshire was to become the most powerful of the early Kingdoms. 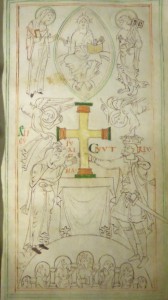 Hampshire and its neighbouring counties of Berkshire and Wiltshire were at the core of West Saxon Wessex when the Viking raids swept through. The emerging Christian churches were attacked and the fragile shoots of the new religion stamped upon.
Read More → 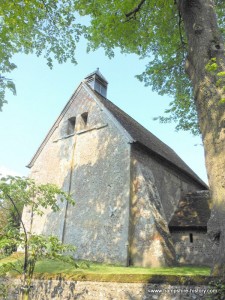 Hampshire has a great number of early churches, a number of which still have vestiges of their Anglo Saxon origins peeping through the structure.
Read More → 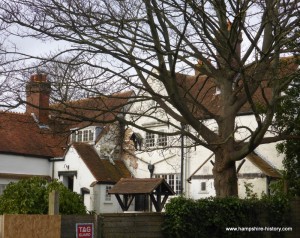 Wymering Manor in Portsmouth is one of Hampshire's oldest and allegedly, most haunted houses. From the outside it presents a bit of a sorry state and its exterior belies its ancient past but it is a house full on intrigue and mystery.
Read More → 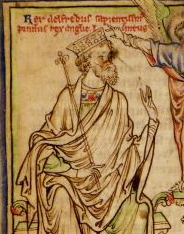 The will of King Alfred is a rare beast, only one other will of an Anglo Saxon king has survived
Read More → 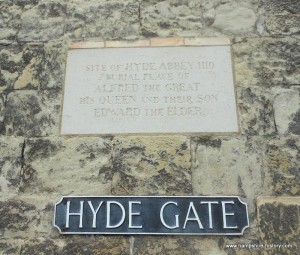 King Alfred the Great, May He Finally Rest?

King Alfred the Great, his final resting place uncertain for so many years, could it finally have been resolved? The Winchester Uni team have some answers. To be revealed in a documentary in January 2014
Read More → 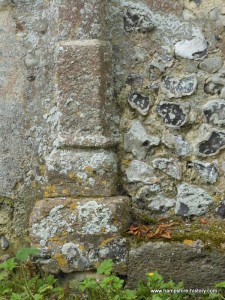 A possible link between Corhampton church and King Cnut The Anglo Saxon church is awash with historical gems and it’s interesting to consider some of the connections made between its architecture and artefacts and other events that occurred in its long history. Go to the northern side of the church and look at the blocked…
Read More →